The substantial factor to actually suffer from a periodontitis, is the hereditary component. Many patients with established periodontitis can report about early tooth loss in the family. The reason for this is a genetic defect by which the inflammatory mediators that are released during inflammatioin, are not controlled properly. This leads to an excess reaction of the immune system through which tissue is destroyed, which allows bacteria a deeper penetration into the periodontal ligaments. This is shown through the fact that the gum is no longer fixed to the tooth until the cervical margin. The dentist can measure this so-called attachment loss with a special blunt probe. A critical level is reached when you can measure the depth of about 3,5mm. In this case we speak of a gingival pocket, which can not be cleaned by conventional oral care at home and thus, if not treated, the periodontitis can expand without hindrance.

Other factors that favor the development of periodontitis include smoking and stress. 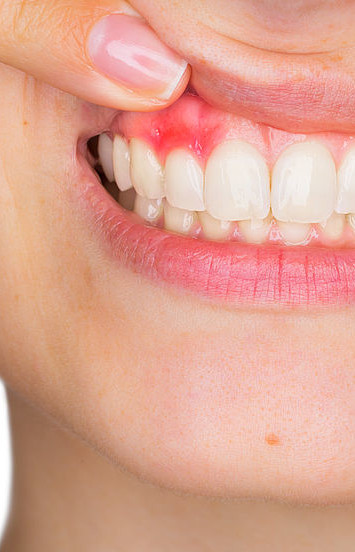 Chronic periodontitis is usually associalted with gingivitis. In advanced stages, there will be deepened periodontal pockets. Later, the bone of the tooth socket (alveolus) is degraded, resulting in a decrease of the gums. Sometimes pus occurs from the pockets.

The degradation processes often lead to a bad taste in the mouth and the typical bad breath (halitosis) in affected persons.

At a later stage the teeth start to wobble. Initially, the teeth can be moved back and forth only by exerting greater pressure, later simply by tongue pressure. In the last case, the teeth usually have to be extracted, since a re-stabilization of the tooth is nearly impossible. In addition, the bacteria can multiply very well in the pockets of these teeth and from there can compromise other teeth. 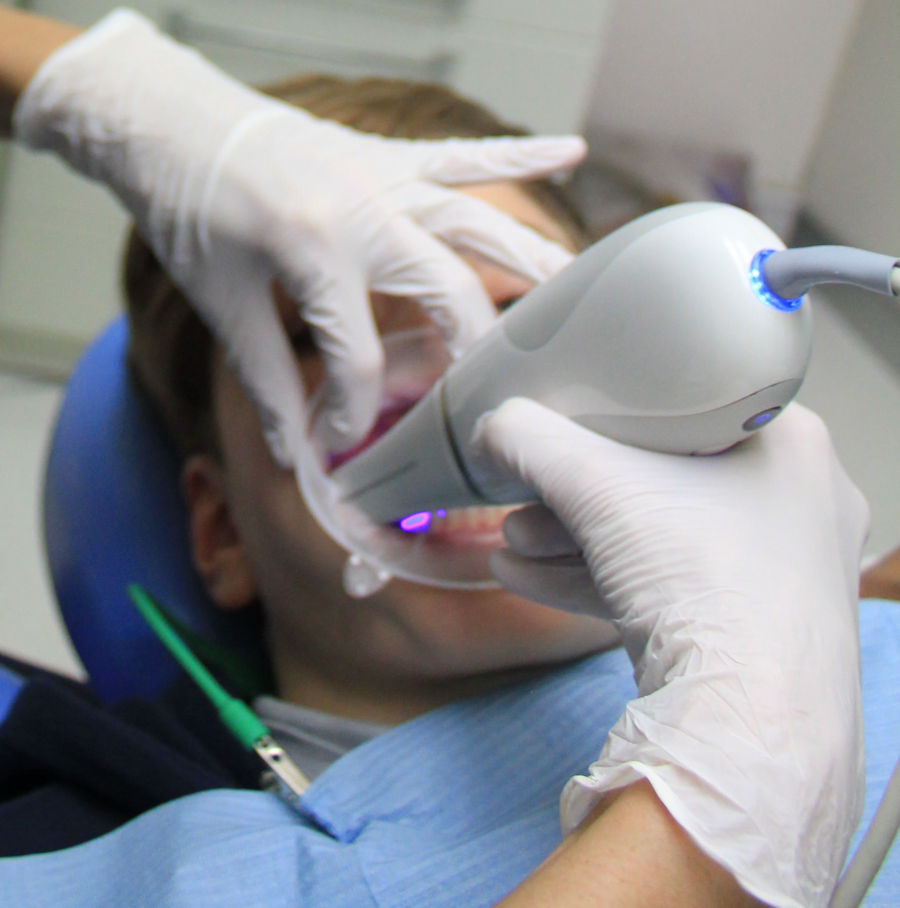 Therapy
The initial treatment for both forms is the professional cleaning, by which the hard to reach deep gingival pockets are cleaned intensively.
After 4 weeks the success of the treatment will be checked. If a reduction of periodontitis is not visible, the treatment will be repeated. In addition to the professional cleaning, the patient now takes an antibiotic.
The success will be controlled again in short time periods. If there is still no success, a surgical intervention becomes necessary.
At each step, a good cooperation of the patient is a prerequisite for success, especially for long-term success. Because, as explained at the beginning, the periodontitis generally is an inherited defect, the risk of a new outbreak of a periodontitis is always high.
For this reason, professional dental cleanings should be performed regularly in the future. The frequency should be 2-4 times per year.
Interactions between periodontitis and the whole organism
Periodontitis has long been misunderstood and undervaluated. But it was find out that this chronic inflammation promotes diabetes, and the risk of coronal heart disease, which can lead to heart attacks, increases. Furthermore, a connection was found between periodontitis and premature births or spontaneous abortions.

These facts reinforce the need for periodontitis treatment, prevention and cooperation between patients, dentists and general practitioners in given cases.